Moreover, you can even purchase Cash and Gold by spending real money. The only chopper that is unlocked for you in the start of the game as soon as you complete the training session is the “Huey”. You need to buy that chopper and head to the battlefield. Then, come back again to check the various items that have been unlocked for you in the Game Store.

The HP of Huey is 2,000 and top speed is 230. Its price is G30. The weapons equipped with the Huey chopper are Gun that measures 12 mm x 5, Roc-hydra, General Bomb, and Napalm Bomb. It carries and drops bombs from the air. Its performance is high for air-to-air, air-to-ground, machine gun performance, mobility, etc. 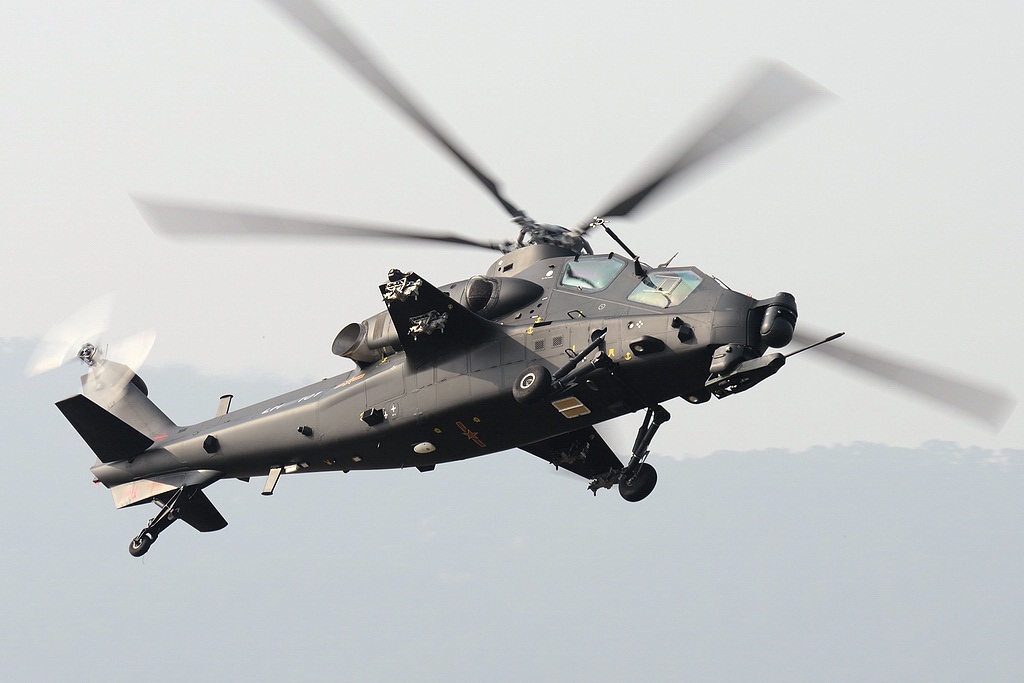 The HP of Z-10 AG is 11,000 and its top speed is 575. It is China’s cutting edge masterpiece that makes use of light composite materials to enable faster speeds as compared to other choppers. It can also deploy missiles that are capable of striking multiple targets at once. Moreover, it can automatically shoot targeted enemies with Uranium Depleted ammunition loaded machine gun. It can provide air-to-air performance, machine gun performance, air-to-ground performance, etc. Some of the weapons available in this chopper are Bushmaster, Roc-Hydra 70, Bushmaster Ura, Archer 2, HJ-10, etc.

The HP of the Hell Tomcat is 32,000 and its top speed is 760. It is an upgraded version of the popular Tomcat chopper. This upgraded version has increased health and armor. Moreover, its threatening design is enough to scare the engines away. Also, its sea skimming missile made the air-to-ground firepower even more destructive than ever. The weapons available in Hell Tomcat are M61 Vulcan, Sparrow x 2, Side Winder x 2, Phoenix Missile, HGBU – 28, harpoon – 84, etc. Moreover, there is no tier limit or unlock condition for purchasing this gunship. Its price is $22.99 USD and by purchasing the Hell Tomcat, you will get 10% Bonus Raid Points. If you don’t want to spend your money, simply use Gunship Battle Helicopter 3d Hack 2017!

The HP of the Wildcat is 47,000 and its top speed is 600. It is a remodeled version of naval utility helicopter AW159 Wildcat, which is a variant of Westland Super Lynx. It is designed to serve anti-surface warfare roles and has improved capacity to complement its mobility and striking potential. Its weapons include the 7.62 WK, 0.50 Calibre WK, Harpoon 84_L, Maverick_LW, YU – 32, etc.

Its HP is 3,500 and top speed is 375. It is a fast and agile helicopter that is equipped with cutting-edge electro-optical equipment and a variety of weapons. It comes mounted with radar. Some of the weapons equipped with the Ninja are Gun 20 mm x 3, Roc – Logir, Hellfire T x 4, Sparrow x 2, Side Winder x 2, etc.

The HP of the Comanche is 4,500 and top speed is 325. It is a highly maneuverable chopper that is armed with cutting-edge weapons. It can strike quickly and precisely. Moreover, the chopper comes mounted with its own radar. The weapons equipped with it are Comanche Gun 30 mm, Gun 20 mm x 5 Exp, Hellfire T x 6, etc.

Other than the aforesaid choppers, the Viper, Hind, Tiger, Black Shark, Apache, Scorpion, Dragon Ship, Seahawk, etc. are some of the innumerable choppers that you can acquire from the game store. Most of these choppers are locked that will be unlocked as you keep progressing in the game.